In the not so distant future, robots will work alongside, as well as in advance of, humans to take on some of our workload, and for scientific discoveries and exploration at distant locations.  Tasks such as deploying and preparing habitats and power systems on Mars before humans arrive; and here on Earth, assisting wtih disaster relief and industrial plant maintenance.

The Space Robotics Challenge focuses on developing software to increase the autonomy of dexterous mobile robots in humanoid format - specifically NASA's R5 robot - so they can complete specific tasks during space travel or after landing on other planets (such as Mars), as well as on Earth.

The top 20 Finalists were announced in January of this year, and these teams then spent the next four months preparing to compete in the Finals. Competitors worked within the Virtual Challenge scenario that was been created as a backdrop for developing coding advancements that enable the autonomy of humanoid robotics.The Final Virtual Competition began on June 13 and ended at 11:59pm Pacific Time on June 16, 2017.

A panel of Judges evaluated the performance of the Teams according to the criteria set in the Official Rules.  The winners were announced at the Celebration Event at Space Center Houston on June 30, 2017. 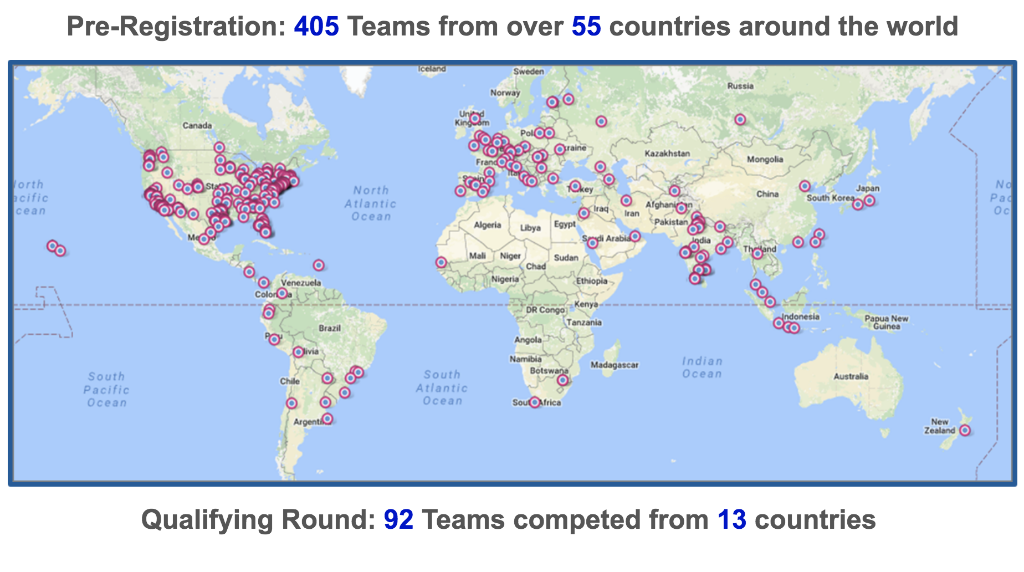