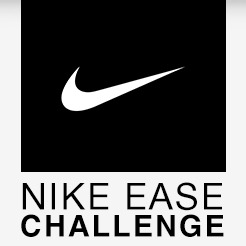 In October 2016, the Nike Ease Challenge was announced by NIKE Inc., Chairman & CEO Mark Parker inviting designers, engineers, makers and innovators to advance and reinvent footwear design for athletes of all abilities.

The inspiration for the Nike Ease Challenge was to engage the broader community to innovate new footwear ideas that help athletes put on, secure or take off their shoes – including athletes with disabilities. The Challenge follows the introduction and expansion of the Nike FlyEase innovation platform.

Nike received submissions from people with a wide-range of backgrounds and from all corners of the United States. Submissions were considered based on ease-of-use for athletes of all abilities, performance, and potential to expand across various sizes and styles.

“The entries we received were inventive, creative and solution-orientated. The challenge caught the imagination of people with different experiences and backgrounds – from designers, engineers, physicians and orthopedic surgeons. It wasn’t just about designing a new shoe, we wanted a big idea that would accelerate footwear innovation in a way that makes the seemingly impossible possible for athletes of all abilities,” said Jeanine Hayes, Nike’s Chief IP Officer.

On April 10, three finalists visited Nike World Headquarters in Beaverton, OR to present their solution to a panel of judges that included NIKE Inc. Chairman and CEO, Mark Parker.

The judging panel also included a selection of Nike’s finest design minds with elite athletes passionate about creating solutions for athletes of all abilities. Alongside Parker were the inventor of Nike FlyEase Tobie Hatfield, his muse for the project Matthew Walzer, nine-time Olympic Gold Medalist Carl Lewis, WNBA MVP and Olympic Gold Medalist Elena Delle Donne and Tatyana McFadden a 17-time Paralympic medal winner, among others from Nike.

In the end, Brett Drake, an architectural engineer from Cheyenne, Wyoming was honored as the winner of the Nike Ease Challenge.

The winning design combined Brett’s training as an engineer with his passion for Nike footwear and his desire to bring the opportunity of sport to all athletes. “I wanted to create something that didn’t interfere with the aesthetic and performance achievements of Nike’s original design. My goal was to enhance it with an entry and exit system that would be easy for anyone to use. I’m an athlete and know the passion and enjoyment I have gained from sport,” he said. “So, the idea that I could use my passion, problem solving and engineering expertise to enable others to enjoy movement and sport like I do became great inspiration for my idea.”

Brett’s engineering background shone through in his submission taking the support system in the 2016 Nike Hyperdunk and re-engineering it into an adaptive fit system. “The initial inspiration was from rear entry snowboard bindings. I questioned how I could create a system where a mid or high top shoe could be slipped on rather than pulled on,” he explains. “This is where the hinged heel came into play. By allowing the heel to hinge near the midsole and rotate back the athlete can then slide their foot into the shoe.”

The rear entry system uses powerful, lightweight magnets to transform the heel counter into a ‘drawbridge’ and provide a simple, wide entry and exit area. The magnets are light enough to not add significantly to the weight of the shoe and strong enough to lock the athlete down once inside the shoe.

Fittingly, Brett’s first pair of Nike’s were ones with a unique closure system of its own, the Nike Zoom GP (equipped with a ski boot-styled buckle). These shoes, combined with a life-long love for basketball fueled what he describes as “sneaker nerdery” and an unshakable affinity for Nike. “It was a dream of mine to one day visit Nike World Headquarters. Just visit. So, to be there presenting my idea for a shoe to the likes of Mark Parker, Tobie Hatfield, Carl Lewis and Elena Delle Donne was an all-time moment for me,” he said.

“Congratulations to Brett. It’s great ideas like his that will make all the difference for athletes everywhere as we enter this new era of personalized performance. The future is always defined by breakthrough innovation, and we are honored to have inspired Brett’s design,” said Mark Parker, Chairman, President and CEO of NIKE, Inc.

In addition to winning the $50,000 first prize, Brett will collaborate with Nike in the prototyping phase and begin testing his innovation with athletes of all abilities. “Brett’s idea hit the right notes for the challenge. We’re looking forward to continuing the collaboration process with him as we prototype, develop and performance test his concept.” added Hayes.